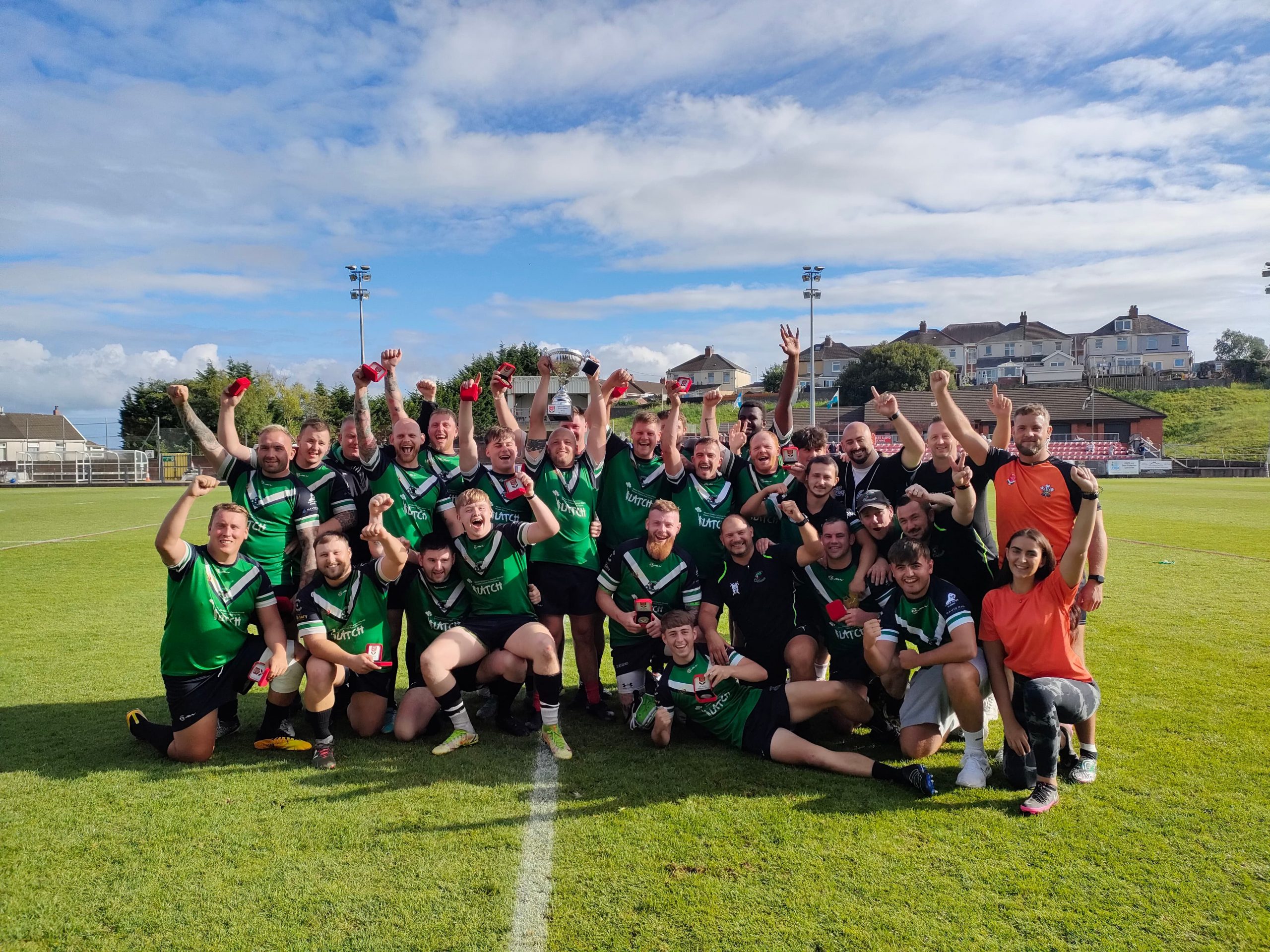 Star of the show for the Outlaws was former professional Steve Parry, who became the first player to score a hat-trick of tries twice in Welsh Grand Finals.

The 33-year old initially did this in the 2008 WRL Grand Final for Valley Cougars, and now he has repeated this feat 14 years later for his current club, Rhondda Outlaws.

Following that initial final in Bridgend as a teenager, he was signed up for Celtic Crusaders Reserves, then went on to play for South Wales Scorpions, Gloucestershire All Golds and West Wales Raiders and also won 15 caps for Wales including appearances in the 2017 World Cup.

The Outlaws were quick to take the lead and it came through a trademark Parry try, diving low to score, and Chris Harris converted.

Outlaws extended their lead on 16 minutes, again through Parry, which again Harris improved.

Again the Irish fought back. Dylan McLachlan dived over from close range and Morgan converted.

Straight away, the Outlaws scored again. Parry was denied a third try, stopped centimetres short of the line, but from the next play, Alex Langworthy dived over. Harris couldn’t convert.

But Parry wasn’t to be denied, as clinched his hat-trick on 34 minutes, the first player since Trowbridge to score three tries in one half in the final. Harris converted and Rhondda went into the break 22-10 up.

Aberavon struck first in the second half through a Morgan Meaclem try that Morgan couldn’t convert.

It was 22-20 on the hour when giant prop Brett Thomas stormed through for Aberavon and Morgan converted.

Outlaws were most dominant for the final period of the game, looking for another try to secure their win. Parry was short on one attack and with just two minutes to go, Cody Rees dropped the ball under pressure as diving for the line.

But despite not scoring in the second half, the Outlaws held on for a dramatic win.