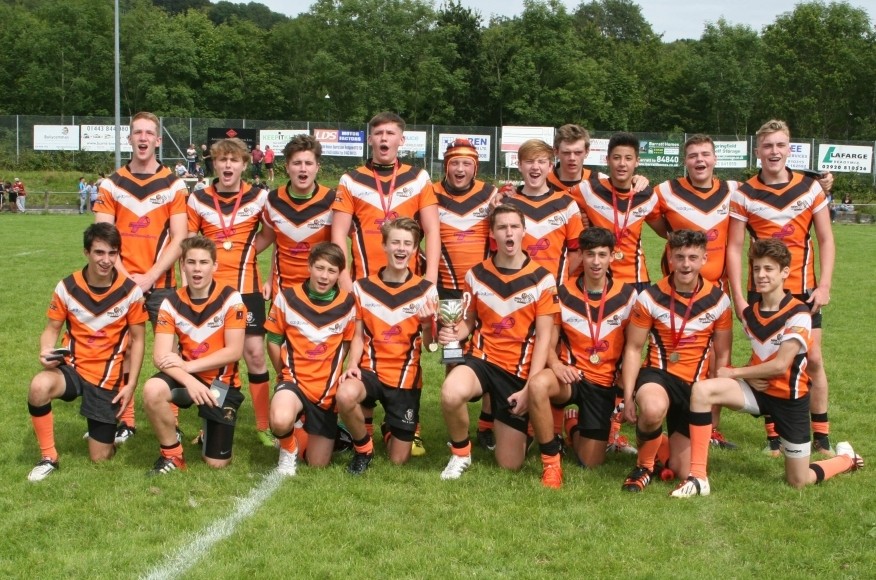 Torfaen Tigers and Cardiff City Spartans fought out a 10-try thriller in the WRL under 15 Final but it in the end it was Jon Watkins’ two conversions for the Cwmbran based side that was the difference.

A Karling Claridge try in the corner gave Cardiff a first minute lead.

A well worked try for James Wickham levelled things before Euaun Morris gave them the lead with Watkins converting.

Straight after that, Scott Winter ran through for Torfaen’s third that was again converted by Watkins leaving the score 16-4 at half-time.

Cardiff started the fight back early on in the second half as a spectacular hat-trick from Jay Jones brought things level.

The first was just right of the sticks, the second in the right corner and the third was on the left flank. However all three goal attempts were missed.

Torfaen regained the lead after Scott Winter broke through to score before David Brannock reached over to extend the Tigers advantage. Both kicks were missed leaving the score at 24-16.

James Wickham’s unconverted try brought it back to 24-20 and there were chances at both ends for further scores but the Tigers held on.