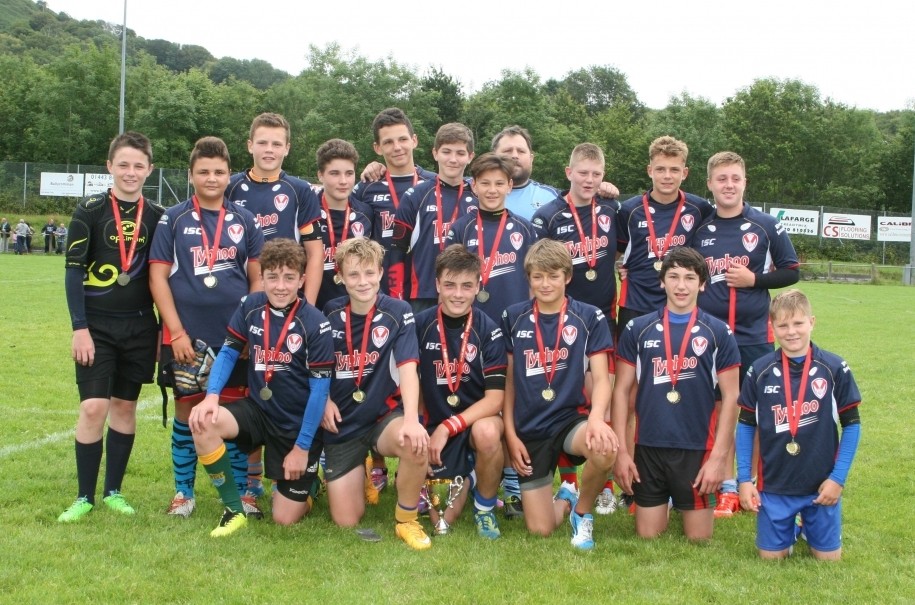 In a real game of two halves, Bridgend Blue Bulls clinched the WRL Under 13 Final with a try in the last five minutes from Lloyd Truman after the Wolves had come back from being 16-0 down at half time.

Bridgend dominated the first period with a Mason Hughes try converted by Sam Owen giving them a 6-0 lead.

Ben Owen followed him over with Sam again converting before Sam scored one of his own but failing to land the extra on this occasion.

The Sengheydd-based Wolves fought back after the interval. Kyle Huish was first on the scoresheet, his try converted by Joshua Ponchaud, Will Holmes try made it 16-10 before Shaun Webber scored and Ponchaud goaled to level things up.

But there had to be a winner and following Truman’s heroics, Bridgend defended well to prevent the Wolves from clinching it themselves.