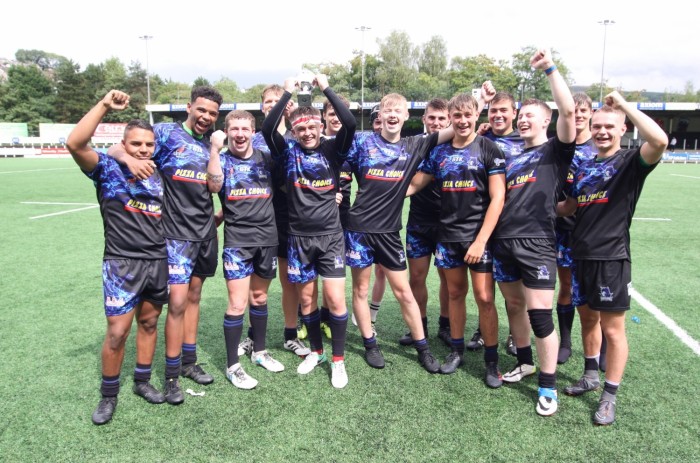 Cardiff Blue Dragons didn’t have it easy against an understrength Torfaen Tigers side but they eventually had too much in the tank for the Cwmbran side, winning 36-16

They went into an early 12-0 lead. Jac Powell scored under the sticks, converting his own try, before Matthew Morgan followed him over, Powell converting again.

Torfaen got a try back through Evan Skyse, which Lewis Handley converted before a Powell try and goal gave them back their two-try cushion.

An unconverted Joe Langbridge try brought the score back to 18-10 but Cardiff went into the break 24-10 up when Ryan Jenkins got their fourth, which again Powell converted.

Cardiff took a while before extending their lead in the second half, but two tries near to the sticks cemented their win. Joel Davies and Powell going over, both converted by Powell to give them a 36-10 lead.

A Jack Colcombe try in the last play of the game, converted by Handley, was just consolation. 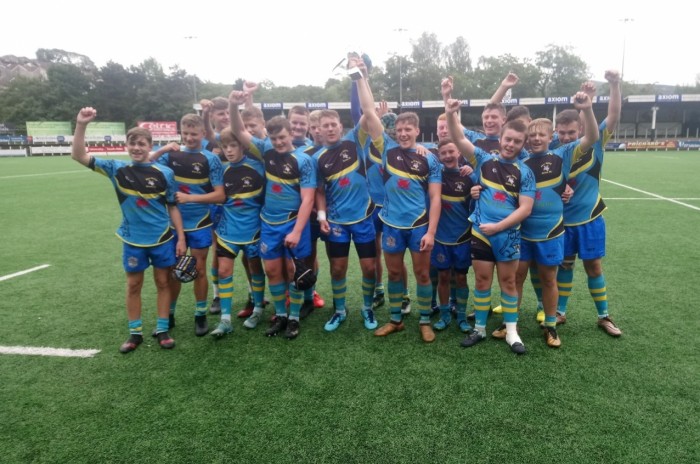 Four tries from Wales under 16 vice-captain Kyle Huish gave Aber Valley Wolves their second trophy of the day, which they dedicated to their absent coach Dafydd Hellard who is currently fighting testicular cancer.

With both sides fielding Wigan Warriors Super League academy players, it was a skillful under 15 final with the Wolves beating Cardiff 46-34.

Will Oates gave Aber Valley the lead with a fifth minute try. Kyle Huish converted before getting second try himself with Ollie Andrews converting.

Owen Isaac got the third try, under the sticks with Andrews’ goal making it 18-0.

Cardiff hit back through a Iwan Pyrs-Jones try under the sticks converted by Gabe Santos, who scored the next try and converted it to bring the score back to 24-12.

David Nzamba went in under the sticks with Santos converting to make it 24-18 at the break.

An early Owen Isaac try extended the Wolves lead in the second half. Andrews converted to give them a two-try cushion again.

Pyrs-Jones got another try back for Cardiff which went unconverted and Huish did likewise for Wolves putting the score onto 34-22.

Josh Atkinson got another back for Cardiff, converted by Santos, before Huish notched his hat-trick and converted himself, bringing back the two-try cushion.

Huish claimed his fourth and converted again to seal the win.

A breakaway try from Pyrs-Jones gave Cardiff hope, with Santos adding a goal.

Atkinson got the final Cardiff try with Santos converting but it wasn’t enough. 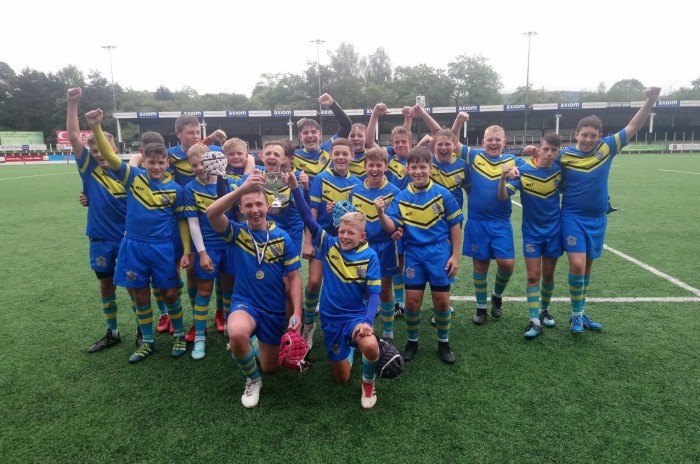 It was a tight start but when Bridgend’s Charlie Rees was sinbinned for backchat, Aber Valley took advantage. Ackerman picked up Harri Ford’s nice chip to score in the corner.

Straight away, Joshua Insley broke from the half-way line to double the lead.

Bridgend fought back and Daniel Honeyfield forced his way over to put his team on the board before a good run and try from Donavan Rankin levelled the scores.

They took the lead early in the second half after Troy Shearan went over and Llewellyn Hawkes converted to make it 14-8.

Aber Valley pulled an unconverted try back through Corey Gilfillan before Logan Franklin dived over to give them the lead with Gilfillan converting.

Keaton Davies ran over half the length of the field to level the scores at 18-all with the conversion missed.

The game moved into golden point and there were chances at both ends. Shea Duggan was close for Bridgend before Aber Valley’s Tomas Lewis had a try disallowed for a forward pass.

Then in the second half of extra time, a dropped ball gave Wolves the chance to win and they didn’t waste it.