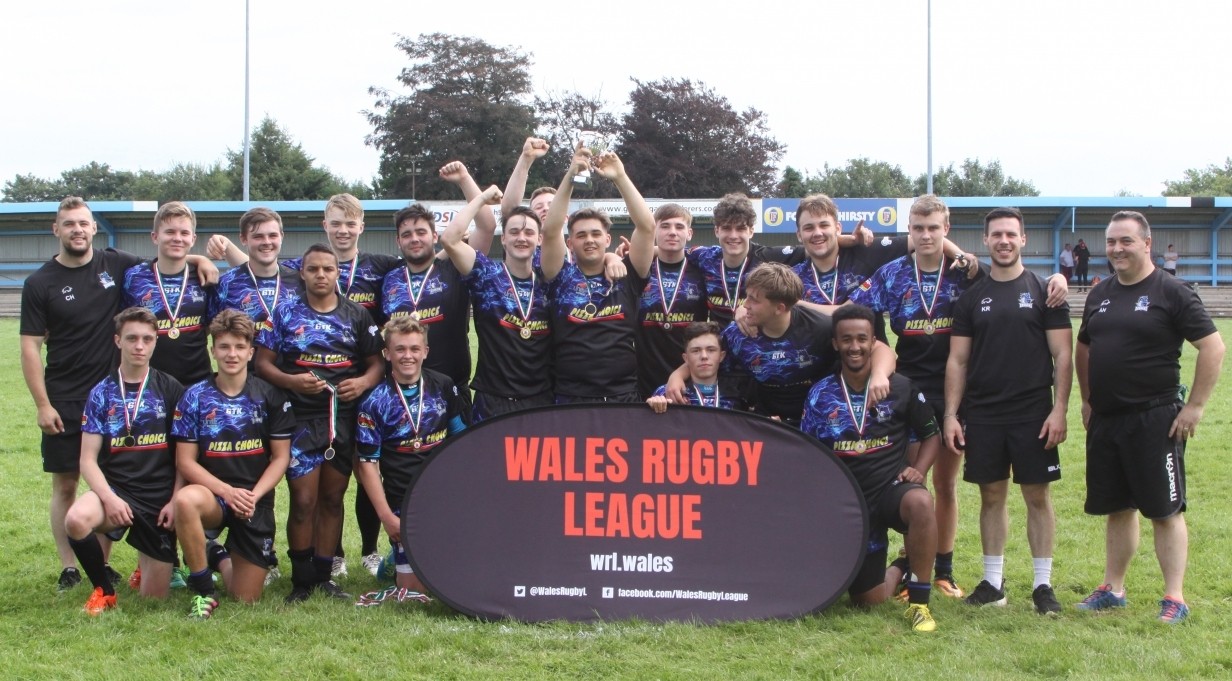 A very strong Cardiff side, half of whom had already played first team, beat an understrength Torfaen outfit to win the under 17 final.

Luke Jenkins scored the opening try on ten minutes just left of the sticks, which was converted by Jac Powell. Owain Harvey quickly followed him over to make it 10-0. Josh Palmer’s try left of the sticks was improved by Powell before Harvey’s second gave Cardiff a 20-0 lead at the break.

Owen Jenkins was first over in the second half, scoring under the posts and Powell converting.

Matt Roberts scored a consolation try in the corner for Torfaen but Cardiff cemented their win with further tries from Owen Jenkins, converted by Jac Powell, and two more from Palmer to complete his hat-trick. 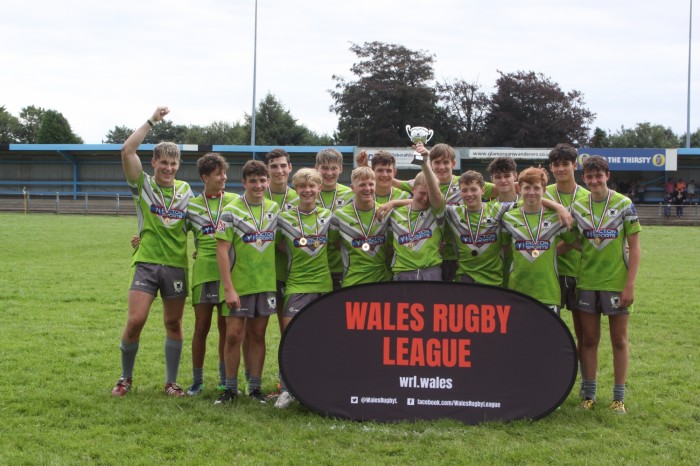 West Wales Raiders, playing in their last ever game as a community club, always looked in control against Torfaen Tigers in the under 15 final and took a fifth minute lead through Ciaran Comeford.

They extended it seven minutes later via a try from Ieaun Badham, who along with brother Ewan has just signed with City of Hull Academy, which Joe Hawkins converted.

Morgan Chell followed him over with an unconverted try before Iestyn Hopkins and Ieaun Badham added to the lead, both of those tries converted by Hawkins.

Torfaen finally hit back a minute before half-time when Joel Doughty went in under the sticks and converted himself to bring the score back to 26-6. 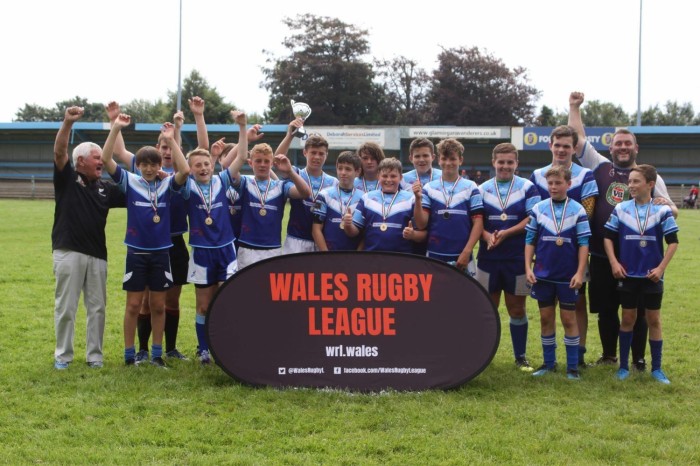 Bridgend Blue Bulls won a classic under 13 final against a West Wales Raiders side who were pressing for the winner right up until the final whistle.

Will Fyfe went over in the corner to give Bridgend a seventh minute lead. Luca Giannini levelled things with a similar try ten minutes later but straight from kick-off, Shea Duggan’s try out wide gave Bridgend an 8-4 lead.

Then two quick tries before the break made it 18-4. First Llewellyn Hawkes’ scored in the other corner then a strong run from Ethan Scourfield where he placed the ball under the sticks, allowed Gus Patterson to kick his first conversion of the day.

Giannini’s early second try back for Raiders early in the second half brought the score back to 18-8 then Kian-William Jones dived over for another Raiders score that Harrison Garland-Griffiths converted to make it 18-14. Raiders attacked right up to the end but only good Bridgend defence, coupled by a dropped ball from the final play the ball, gave the Blue Bulls the trophy.