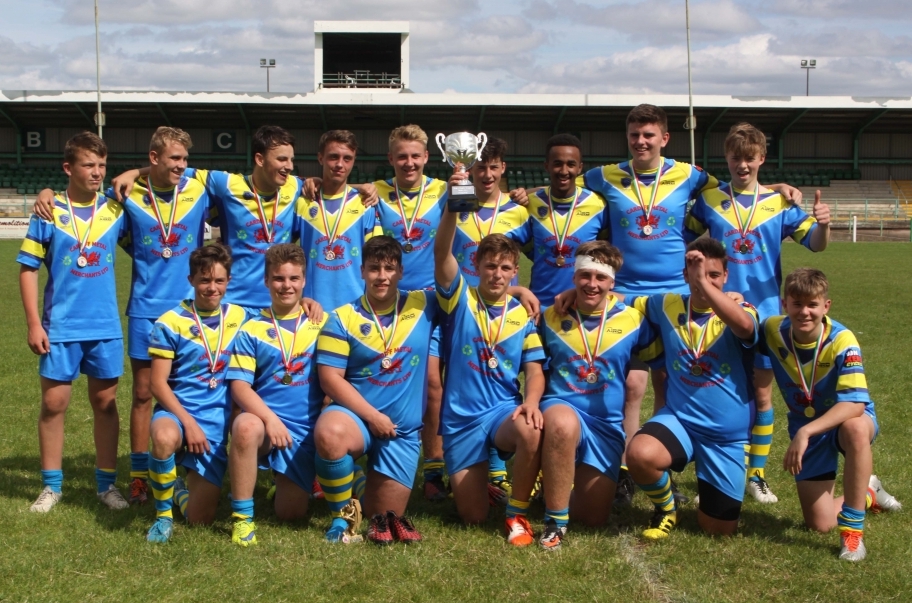 By Ian Golden at Caerphilly RFC

In the most competitive game of junior Welsh Grand Final day, two tries in the last three minutes gave Cardiff City RL a dramatic 30-22 win over Torfaen Tigers in the under 17 encounter.

Torfaen took the lead after Fraser Stroud ran through, his conversion attempt hitting the crossbar and falling the wrong side.

A strong run from Ryan James levelled the scores, James Bartlett converting to give Cardiff a 6-4 lead.

They further extended their lead through a Jamal Abdilami try that went unconverted.

Tigers levelled things when Euaun Morris beat off a number of players to score and Stroud converted.

But it wasn’t level for long. Bartlett forced his way over the line and converted his own try to give Cardiff a 16-10 lead.

Torfaen opened the second half scoring after Asif Auz used his strength to score and they regained the lead mid-way through the half when Garin Price did well to twist and ground. Stroud’s conversion attempt was just wide on each occasion.

A fantastic passing move led to their next try. Jake Davies and Derryn O’Rourke combined to set up Taylor Gwilliam in the corner, Stroud again unable to land the conversion.

Rueing those missed conversions, Cardiff levelled after they regained the ball, Stroud going in under the sticks and converting to make it 22-all.

Ten minutes worth of pressure deservedly ended in another try for Cardiff with Corey Dash running over for an unconverted effort making it 26-22.

And from kick-off, in the last move of the game, Ryan James dived on a grubber to seal the win. 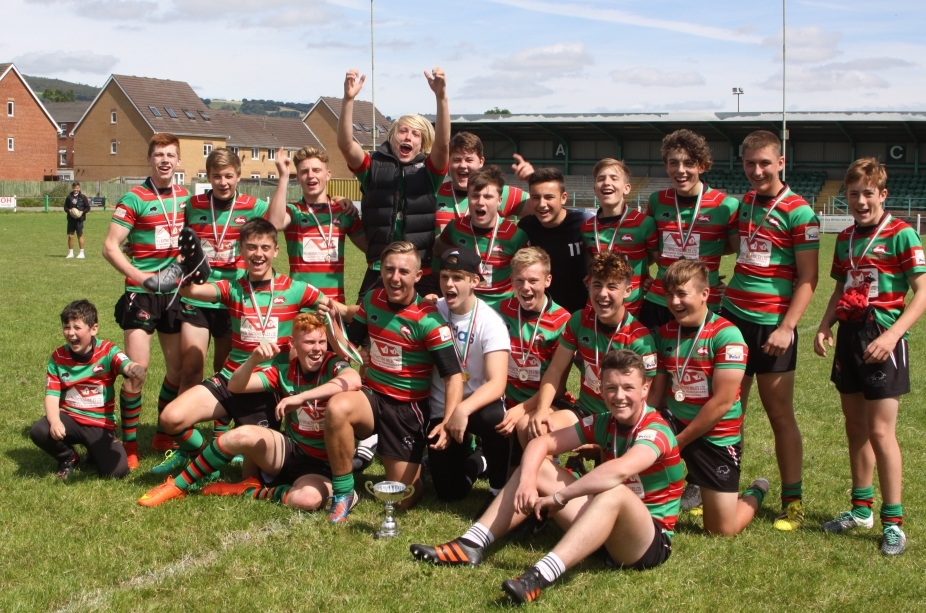 South Wales Rabbitohs from Llanharan remain unbeaten in their two-year existence after beating a vastly understrength Torfaen Tigers side 86-12.

Rabbitohs were first on the board with an unconverted Josh Sands try in the corner.

They extended their lead following a good run from substitute Sam Costellow which Morgan Johns improved.

The roles were then reversed with Johns getting the third try and Costellow kicking the goal to make the score 16-0.

Marcus Chard scored Rabbitohs’ fourth, in the corner, and Johns converted well to bring the score up to 22-0 before Ieuan Smith’s try in the opposite corner increased it to 26-0.

Torfaen hit back 10 minutes before the interval with a well-worked score from Oliver Wadley converted by Lloyd Saunders, but there was still time for two more Rabbitohs tries.

The Tigers players were given a stern half-time talk but Rabbitohs ruled the second half as the understrength Tigers side wil scored again from the first play of the half through Johns with Costellow converting.

Long range tries from Taylor Pillinger and Harry Deaves soon followed, both improved by Costellow bringing the score to 62-6.

Substitute Pillinger didn’t take long to run in his second with Johns converting before running in his side’s 13th try and converting himself. Luke Thomas’s try converted by Costellow brought up 80 points.

They weren’t finished yet. Lewis Jones got the next try, converted by Ieuan Smith to make it 86-6.

But it was Torfaen who got the final say. Lloyd Saunders diving over for the consolation in the last minute and converting himself. 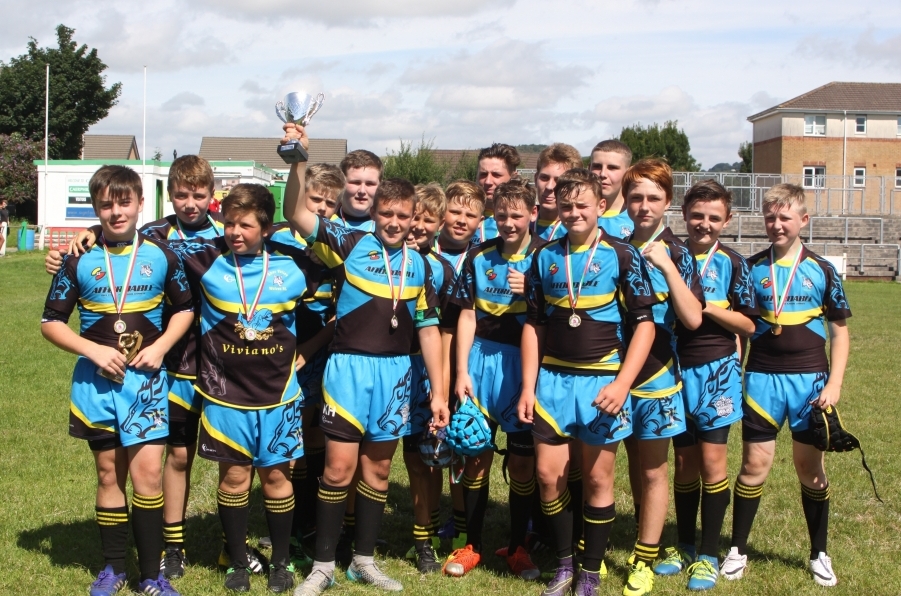 The first 20 minutes of the 2016 Welsh Grand Final was an enthralling contest but after that Aber Valley Wolves let rip to beat Torfaen Tigers 52-20.

Seb Hackett set up Oliver Andrews for the Wolves’ first try and from kick-off William Oates ran over 50 metres for the second. Both went uncoverted and Wolves were 8-0 up.

Torfaen struck back after a well-worked move saw Dylan Tolley make a clean break to ground under the sticks with TJ Wheeler converting.

An outstanding sprint from Jay Chatham put Tigers into the lead with Wheeler again adding the extras. Fifteen minutes and Tigers were now leading 12-8.

Wolves struck back again. Owen Isaac went over from close range and Ceiran Cantello converted putting them back into a 14-12 lead before Andrews notched his second to increase it to 18-12.

The Senghenydd side were on fire. Kyle Hewish dived over for their fifth before William Oates broke through the centre for the sixth try with Cantello converting both to make it 30-12.

They hadn’t finished their first half scoring yet. Ollie Andrews went in under the sticks with Andrews converting both to give them a 36-12 lead at the break.

Wolves were quick off the mark in the second half, Ewan Challenger forcing his way over, before Andrews sprinted under the posts for his fourth, converting himself.

Isaac broke 50 metres to score his second of the game to bring up the 50, Cantello converting.

Tigers didn’t give up, Chatham sprinted over half the length of the pitch to bring the score back to 52-16 before diving over for his hat-trick for another consolation.