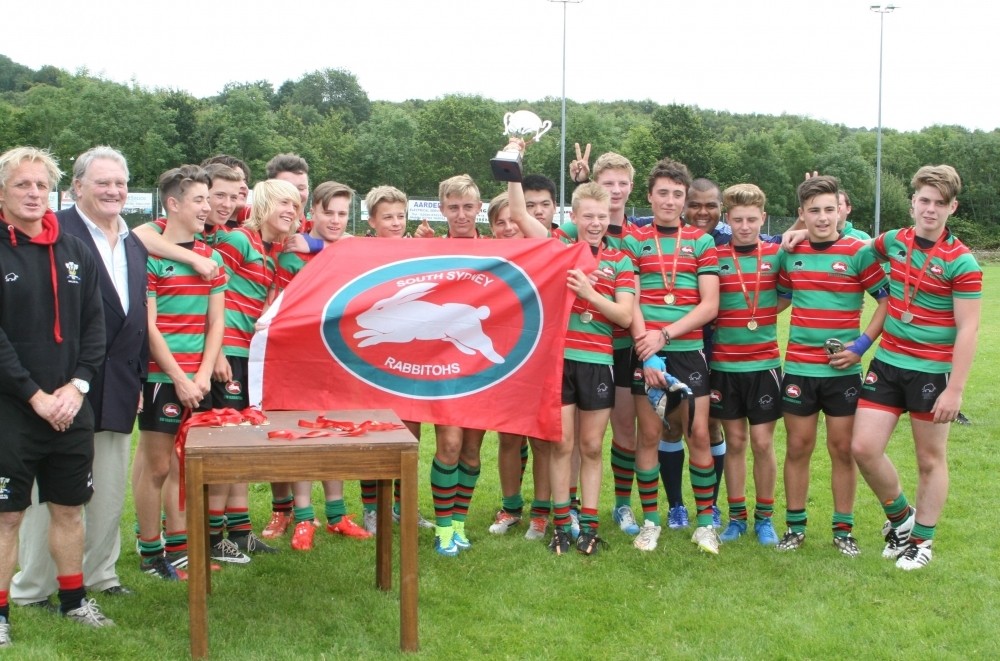 Favourites SW Rabbitohs from Llanharan continued the good fortune for the Bridgend County Borough as they stormed to a win in the WRL Under 14 Final, beating Aber Valley Wolves 48-10.

Wolves halved the deficit soon after that through a Corel Chamberlain try that Aaron Billingham improved but the rest of the half belonged to the Rabbitohs with a performance echoing their Australian idols.

Morgan John was next over the line, followed by Harry Deaves and Josh Sands with Ioan Evans converting twice bringing the score to 28-6 at the break.

Will Clapham got the first of a brace of tries a few minutes into the second half with Jack Dixon over for the next, that one converted by Evans.

Christian Nicedays got a try back for the Wolves but three unconverted scores from the Rabbitohs cemented the win with Tom Sly, Sam Costelow and Clapham scoring late tries.