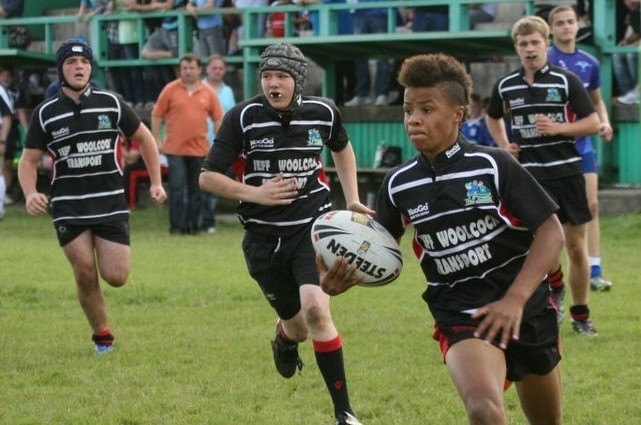 NPT Steelers won a bruising encounter with Bridgend Blue Bulls in the under 14s Final but they were pushed all the way.

Bridgend had played just a few hours before, beating GA Giants 20-10 in a rearranged semi-final, but they showed no signs of fatigue, getting off to an excellent start with a try from Alex King which was converted by Ben Jones.

The Steelers replied with two tries from the Davies twins – Connor was the first to score and then Curtis followed suit which was converted by man of the match Harrison Evans. Sandwiched between the both was a try from Bulls’ Ben Jones which he converted. Steelers scored a third when the ball was then spun wide to speedster Regan Grace to give them a 14-12 half-time lead.

Early in the second half, Grace grabbed his second try with another outstanding finish, quickly followed by a try from Jay Mcbride which was converted by Evans.