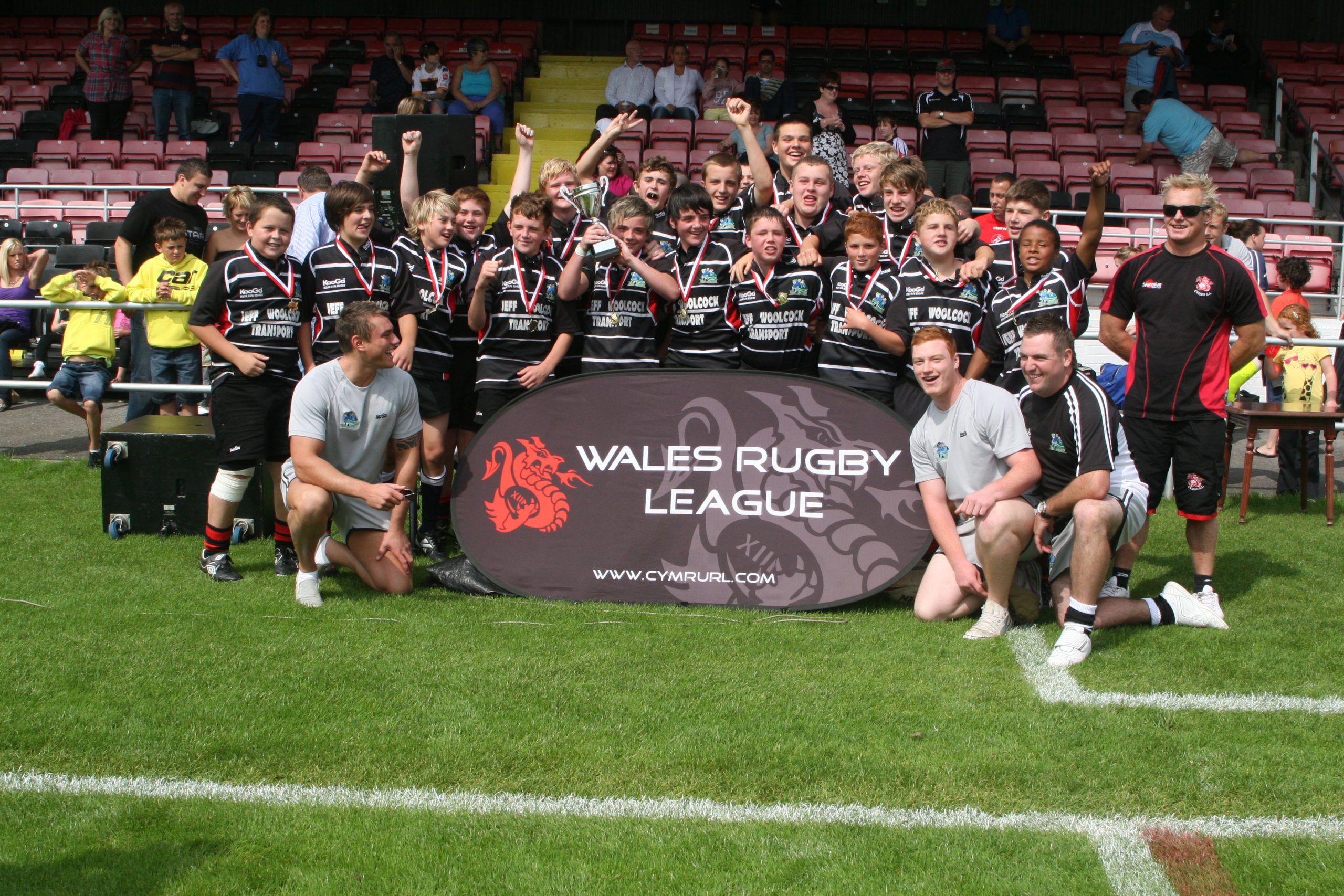 In the Welsh Under 13 Grand Final, the curtain raiser to South Wales Scorpions v York City Knights, Neath Port Talbot Steelers beat Bridgend Blue Bulls 28-24 in a thriller where the lead constantly changed hands. It was so close, the two teams even went in level at half-time 16-16.

Colton Jones scored a brace of tries for the Steelers. Ashley Bradley, Nathan Burbridge, David Davies and Harrison Evans, who converted twice, also went over for the local side.

The Blue Bulls were in the game all the way. Rowan Davies, Reuben Tooze, Gareth Rees-Evans, Ben Jones and Owen Watkin, who also converted twice, were the scorers for the gallant runners-up.